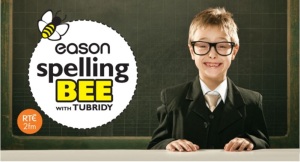 Congratulations to Elizabeth Nwosuocha who came runner up in the County final of the Eason’s Spelling Bee competition. Having been crowned the first ever spelling bee at Piercestown N.S., Elizabeth accompanied by Mrs. Caldicott and two classmates traveled to Gorey for the County Final. This saw over 30 schools from Wexford take part in what could only be described as a tense and exciting day.

Not only did Elizabeth represent herself and her school with great pride, she emerged as runner up being in the final to be pipped at the post.

Congratulations to Elizabeth – a major achievement for any student!

You will go down in history at Piercestown N.S. -take a bow!